Immerse yourself into all that the Marico has to offer 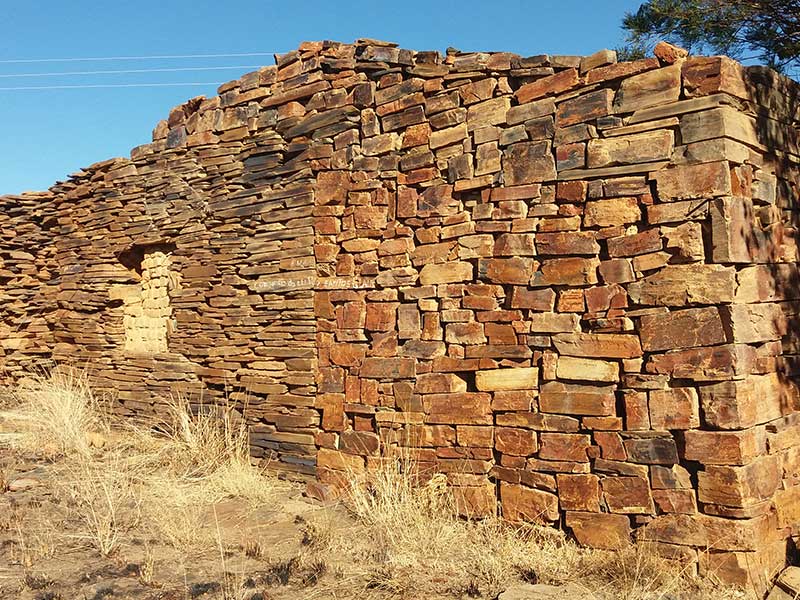 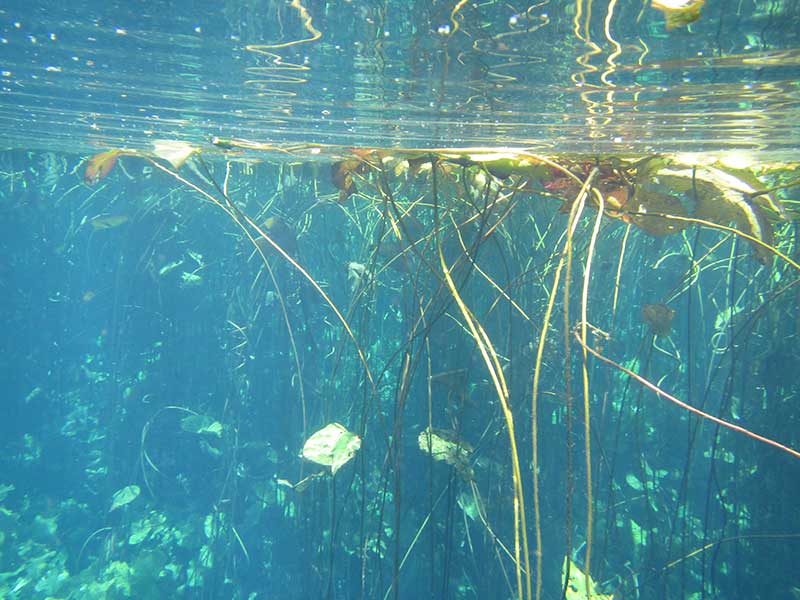 Sights to see & things to do

Not only is the Marico home to some of the most wonderful natural sites to visit and explore, but it is also home to a number of historically and culturally significant sites that can be enjoyed.

To experience the Marico is to truly get to know her.

Whether it be the culture behind the tradition of Mampoer and Herman Charles Bosman, to immerse yourself in the history or to seek healing and the desire to bring one’s soul in touch with one’s self.

The Marico has a number of very special experiences and activities to offer the traveller looking to further themselves and further their life’s fulfilment.

In the main street of our town, you will find virtually everything one needs to survive: a butchery, bar, general dealer, a post office, a café, a tuisnywerheid and fruit & vegetable shop, an ABSA  ATM and an art factory at the Information Centre where information can be obtained regarding accommodation and future events. 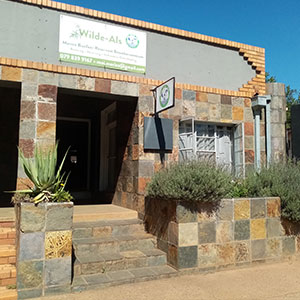 Marico BR Visitor Centre Wilde-Als for all information on the Marico Biosphere Reserve and guidance on how and where to get involved in Conservation, Research and Sustainable Development within the Marico BR.

The big old house in which the Information Centre is situated, is the original farmhouse on the farm Wonderfontein on which the town was developed. Santa and Egbert will welcome you here with the traditional honey mampoer liqueur. You can support the local craft/arts project and there is also a bookroom to spend time in. 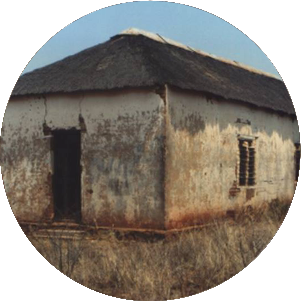 The Herman Charles Bosman Living Museum near Groot Marico is an exact replica of the school at which the famous writer taught in 1926.

Herman Charles Bosman was a teacher in 1926 at the Heimweeberg School in the Marico area. As a result of his time in the Marico, some of the best short stories in South African literature were crafted. His stories captured the atmosphere and the essence of the Western Transvaal Boers. Many people know about Marico through Bosman’s stories.

One of Bosman’s books, “Mafikeng Road”, has been continuously in print since first published in 1947.  Herman Charles Bosman was born in 1905 and died of a heart attack in 1951.

A large number of historical sites and examples of tangible cultural heritage can be found in the MBR. De Jager and Kuijers (1987), commissioned by the Stigting Simon van der Stel (predecessor to Heritage SA), recorded heritage sites in the Western Transvaal in the late 1980s. They focussed on those sites which are of special importance to the Afrikaans community.

Below are the sites that they identified plus a few others that are listed according to the types of tangible heritage as classified in section 3(2) of the National Heritage Resources Act (NHRA), act no. 25 of 1999:

Boer soldier killed during an attack on Selons River.

Grave of British Soldiers from the Anglo-Boer War. Most were slain during the Battle of Renosterfontein where the Bosveld Dam is today.

A section of a Monument Complex commemorates those who were slain during the Anglo-Boer Wars, Bush Wars as well as AH Potgieter on Zeerust.

Monument to commemorate those lost to the Bush War from the Marico area.

Monument built to commemorate members of the Marico Commando killed during the Anglo-Boer War.

This stonework on this old bridge where the ancient wagon road crosses a stream has been preserved and the road has been re-opened as a farm road. 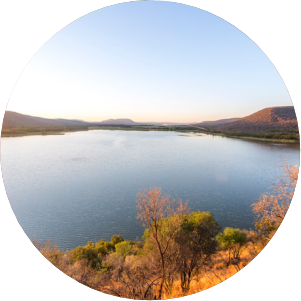 Special Day Tours to suit your requirements can be arranged by the Groot Marico Info Centre. The types of tours available are, for example; visits to a mampoer distillery which includes local storytelling, activities organised for school children groups at the H.C. Bosman Living Museum etc.

Visit the Marico Eye/Die Oog, the source of the Groot Marico River, for scuba diving, snorkelling, swimming and picnics. Groups to arrange bookings prior to arrival. Day visitors only between April and August.

Swimming, fishing or picnics at the Marico/Riekerts Dam. Day visitors are welcome.

Groot-Marico became famous for a special drink, called Mampoer. It is made from fruit and is also known as ‘moonshine’. It is very high in alcohol content. The method of testing if the Mampoer is strong enough, is to put a match to it. If it burst into flames, it is good, otherwise, it is not strong enough!

Experience the Anglo Boer War from the eyes of a Soldier.  Groot-Marico was one of the places where Boers and the British were fighting during the 1899 – 1902 war.   Take a battlefield tour and relive the war. Experience and visit the site of the Kleinfontein Battle or the Wonderfontein Graveyard.

Pristine nature and the un-hurried lifestyle of the Groot Marico make it the perfect place for healing retreats.

As a result, there are a number of retreat options available for you to experience, from Yoga Retreats, Buddhist healing retreats, meditation retreats and more.

Experience a relaxing gentle sound ‘massage’ with various acoustical instruments in natural surroundings on the banks of the Marico River.

Use your ears to take some of the burdens from your eyes. Learn to listen to the sounds of the world. Group bookings (minimum 10 people).

Ghong Bath Sessions includes a sound therapy experience for small groups of people or on a private basis. The healing vibrations of sound made by the washing or striking of the ghong aids in easing tension & facilitating feelings of relaxation. Bookings are essential.

Experience drumming – for healing, team building or just for fun.

A drumming session in the Groot Marico will be a life-changing experience bringing you in touch with yourself and in balance with those around you.

Located in the heart of the bushveld, the Groot Marico is home to many of South Africa’s wildlife species.

Although some of the more iconic characters like elephants and lions no longer exist in the area, there is a world of other species to offer you the wildlife refuge to enjoy.

The Vaalkop 66 Sentraal Museum takes visitors back in time to the era of mechanical devices and equipment which were used for daily working operations.

Visit the ancient Kaditshwene Ruins of the Hurutshe people located in Enzelsberg, near to Zeerust. Guided tours can be organised for groups of 5 or more by prior arrangements.

Riverstill Guest Farm provides day visitors or guests with the opportunity to participate in fishing & swimming in the Groot Marico River. Prior arrangements are necessary.

Relax in the beautiful gardens of the Herb and Avo Farm and enjoy a refreshing ice tea or herbal drink. The Herbs Infusion Range includes herbal seasoning and healing & hydrating salves which are handcrafted from herbs & plants organically grown on the farm.

The Madikwena Game Farm & Croc Ranch/Inn allows visitors to view crocodiles, participate in game drives and hunting by prior appointment.

Walk, hike or mountain bike The Eco-Trail @ The Hanging Garden Bushveld Eco-Retreat. Day visitors or guests can arrange a Guided Nature & Tree Walk of the trail.  Bookings are essential.

Evergreen Guest Farm provides day visitors or guests the opportunity to
picnic, braai, fish & swim in the Groot Marico River. In season, come and pick your own oranges, lemons, grapefruit, naartjies and pecan nuts.  Bring your own mountain bikes and come and enjoy riding along with our multitude of dirt roads in and around the farm.  Prior arrangements are necessary.

The Stickman of Groot Marico

Evergreen River Guest Farm also hosts Llewellyn Kriel, The Stickman of Groot Marico, who creates unique handcrafted walking & hiking sticks on site. Each hiking stick is hand-painted featuring the fauna & flora of the Marico Biosphere Reserve. Visitors and guests can purchase walking sticks in stock or place an order.  Prior arrangements are necessary. 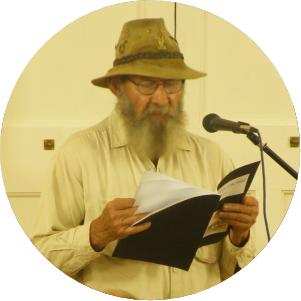 The NG Kerk has its annual Bosveldfees on Easter Saturday. Many people display their goods as at a street market and there are lots of food and good meat for sale as at a real old-time church bazaar.

The NH Kerk has its annual Safari Karnaval on the first Saturday of June. A real country occasion with lots of home made stuff and meat products to buy and a very popular auction of what so ever.

This event is one of the best mountain bike races in South Africa. Book online: www.cycleevents.co.za  or www.entrytime.com

The distances to book for are 5, 20, 40, 50 or 60 km.  Participants, families, friends and visitors can enjoy the end-of-the-race atmosphere in true Marico style at the H.C. Bosman Terrain.  On offer will be open fires for coffee and homemade meals, stalls, music and much more.

This prime event occurs every year in Groot Marico. 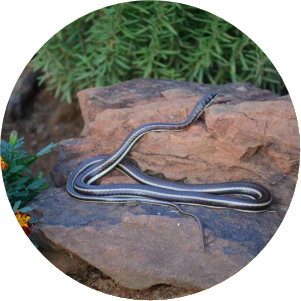 Shawn Erasmus of Lowveld Venom Suppliers is professionally trained in the safe capture & relocation of snakes in and around the Marico Biosphere Reserve. Shawn is available for call-out snake capture services or by appointment to facilitate “Awareness Talks” or “Snake Shows” at private venues. Snake handling equipment can also be purchased directly through Shawn. Snake Handling Courses are held regularly in Groot Marico and all are welcome to attend. Please contact Shawn for costings on services, talks, shows and courses on offer.