A mosaic of ecological systems and their interlinked species

Because of its geography, climate and natural resources the Marico region has the capacity to sustain a variety of life forms. The Bankenveld, located at the interface between the southern Highveld grassland plateau and the central African savannah, forms a major part of the region. These biomes have a rich biodiversity including a variety of plant and animal species. Game used to be and still is plentiful. The climate is moderate. Rainfall is relatively low and surface water resources are limited, but dolomitic aquifers contain vast groundwater reserves. Thus the area has unique aquatic resources consisting of numerous dolomitic eyes with associated streams and rivers. 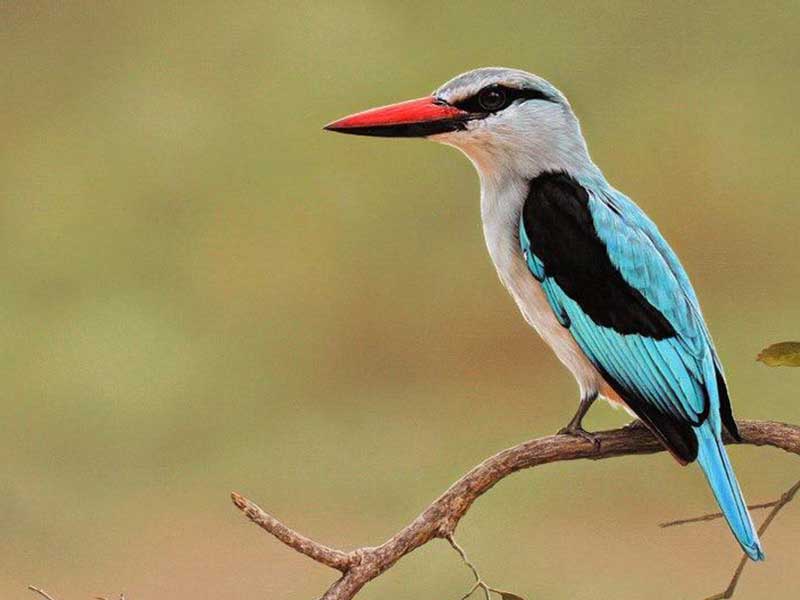 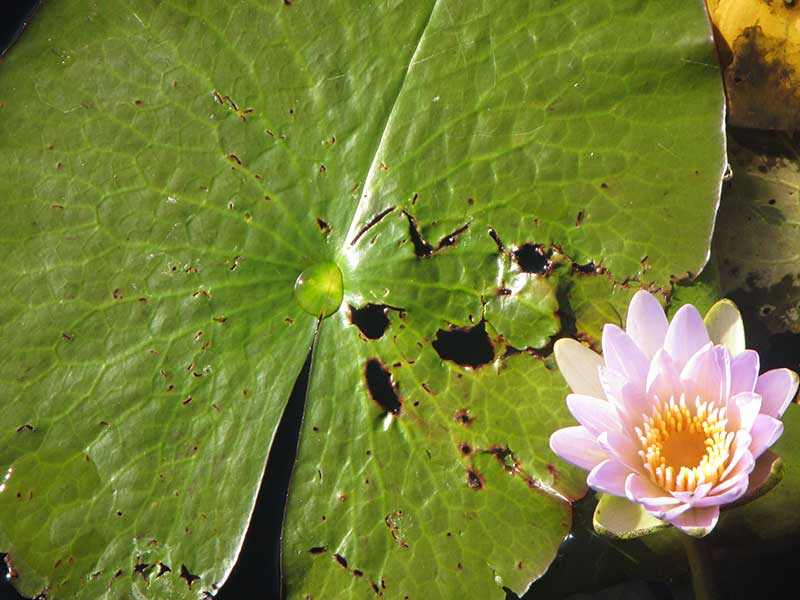 The Marico BR includes parts of both the national Grassland and the Savannah biomes, of which 5 bio-regions and seven vegetation types (as described by Mucina & Rutherford, 2006) are found within the BR area. Mucina and Rutherford (2006) define a bio-region as “a composite of spatial (vegetation) units sharing similar biotic and physico-geographical features and connected by processes operating on a regional scale”. Of the five bio-regions, two, the Dry Highveld Grassland and the Mesic Highveld Grassland bio-regions, fall within the Grassland biome and two, the Central Bushveld and the Eastern Kalahari Bushveld bio-regions, fall within the Savannah biome. The fifth bio-region is an a-zonal bio-region, the Inland Saline Vegetation bio-region, represented by the Highveld Salt Pans vegetation type.

The area furthermore has a unique aquatic structure, as a large section is underlain by the Malmani Dolomites which give rise to numerous eyes (springs) fed by the dolomitic aquifers.

The section of the Upper Molopo River Catchment that falls within the Marico BR area, has a mostly flat to gently undulating topography, underlain mostly by intrusive volcanic rocks and dolomitic formations. Significant aquifers are present in the dolomites. However, these aquifers tend to be relatively shallow, making them vulnerable to pollution from ground level (Department of Water Affairs and Forestry, 2004). Groundwater is the only source of water supply for the rural population in the area (Department of Water Affairs and Forestry, 2004).

Thus the topography, geology and hydrology of the area lead to the area having a unique combination of landscapes and ecological systems. 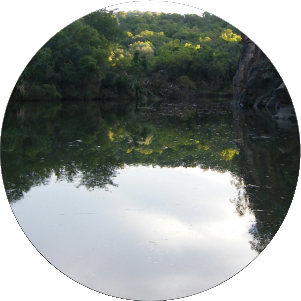 The hydrology of the Marico is of great importance and value not just in the Marico itself but to the rivers of SA.

The hydrology of the Marico BR area is dictated by the dolomitic recharge areas in the southern parts of the area and the eyes associated with the dolomites. The major eyes within the Marico BR area are the Marico, Molopo, Molemane and Elands Eyes, which gives rise to their namesake rivers.  The eyes of the Marico and Molopo are relatively extensive and consist of clear water, while the Molemane Eye is less visible as an eye but more visible as a wetland system. 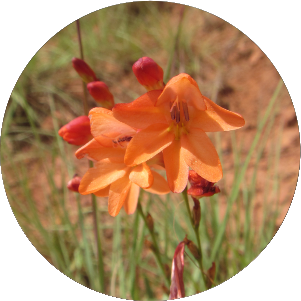 The variety of plants in the Marico cover a range of status’s, from endemic to rare, vulnerable an threatened.

Of all the District Municipalities, Ngaka Modiri Molema District has the rarest plant species of the four districts in the province (Hahn, 2013). In this District, two critically rare, three endangered and four vulnerable species are found (Hahn, 2013), with half of these occurring in the Marico BR area.

Searsia maricoana was said to be vulnerable but is now thought to be part of a more widespread species complex of Searsia ciliata (Hahn, 2013).

Two endemic species to the province are Blepharis angusta and Gladiolus filiformis.  Blepharis angusta is endemic to the grasslands, and has showy blue flowers and found to be in a hotspot here as they have vanished from areas where it was once found (Hahn, 2013). Gladiolus filiformis is said to be critically rare, but not uncommon, and it is furthermore also an endemic to the Southern Bankenveld, as is also the Nuxia glomerulata which grows in mountain bushveld.  In the deep ravines, the vulnerable Prunus africana does also grow here, which is threatened as a result of it being utilised for its medicinal value.

Cullen tomentosa is said to be vulnerable but has since been found to be more widespread (Hahn, 2013).

Brachystelma incanum is rare but may occur, as the type locality is Lichtenburg (Hahn, 2013), as can the endemic bulb, Senecio holubi, found near Dinokana (Hahn, 2013). 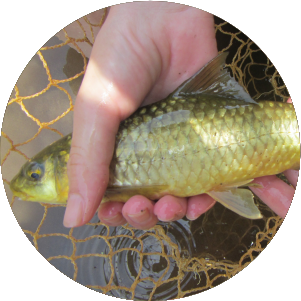 The Marico Biosphere is home to a number of fish species that have been identified to be of special concern.

The Marico barb is endemic to the Crocodile (West) and Marico WMA and is only known from 10 locations in the upper reaches of the Marico and Crocodile Rivers (Engelbrecht & Bills, 2013). The biggest threats to the habitat of the Marico barb in the Crocodile (West) and Marico WMA are impacts such as water abstraction and predation from introduced species such as Largemouth bass, Micropterus salmoides. The Marico barb is listed as Vulnerable on the IUCN Red List of Threatened Species due to its restricted geographical range (Engelbrecht & Bills, 2013). According to research done by Van der Walt et al. (2017), the Marico barb population from the Draaifontein tributary in the upper Marico River Catchment show relatively recent genetic isolation from other populations. Significant genetic structuring and diversity among some of the other tributaries- Vanstraatensvlei tributary- were also recorded (Van der Walt, Swartz, Woodford, & Weyl, 2017). From the results of the research, it can be seen that the Draaifonteinspruit and Vanstraatensvlei tributaries are of importance for the conservation of Marico barb as they support unique haplotypes (Van der Walt, Swartz, Woodford, & Weyl, 2017). It was also found that the Kaaloog tributary has the highest genetic diversity of all the Marico barb populations therefore the conservation of this tributary will contribute significantly towards maintaining the detected genetic diversity of the Marico barb (Van der Walt, Swartz, Woodford, & Weyl, 2017). 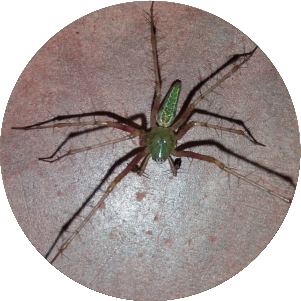 Although numerous a lot more research needs to go into the capturing of data and information on invertebrates in the Marico.

In terms of Arachnida, there is one species on record from the SpiderMap database, but more do occur but are not formally recorded, and we await the final Arachnid database compiler to present a total count for us.

In terms of Butterflies, there are 29 species recorded and in terms of dragonflies of the Order Odonata, 7 species are recorded as per Odonata Map, and this group of invertebrates is an important indicator of high-quality freshwater systems.

In terms of Lacewings of the Orders Neuroptera and Megaloptera, 16 species are recorded.

In terms of Dung Beetles of the Order Coleoptera, and Family Scarabaeidae, as many as 43 species are recorded, and these are hugely important in terms of their ecological role in the recycling of nutrients into the soil. 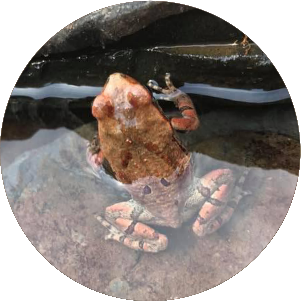 A number of reptiles and amphibians occur in the Marico BR area.

A number of reptiles and amphibians occur in the Marico BR area.

In terms of the reptiles, 46 species have been listed within the Marico BR area. Of the reptiles, one- the Nile crocodile, Crocodylus niloticus, which occurs marginally- is classified as Vulnerable. Both the Nile crocodile and the Southern African python, Python natalensis, are Protected species according to the National TOPS legislation. There are three Near endemics, the Common Girdled Lizard (Cordylus vittifer), the Southern Rock Agama (Agama atra) and Bibron’s Blind Snake (Afrotyphlops bibronii) as well as one South African endemic, the Eastern Ground Agama (Agama aculeata distanti) that occur in the BR area. The Eastern Ground Agama occurs on the Highveld grasslands.

In terms of the amphibians, 15 species have been listed within the Marico BR area of which only two bullfrog species are suspected Protected species as far as the TOPS national legislation. 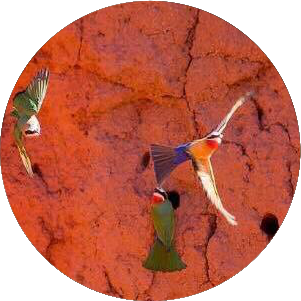 In terms of the bird species, 315 species have been recorded, which is 65.6% of those in the province (n = 480), and 44% of those in the country (n = 718). Considering the IUCN Global Red List (2017), there are two Near Threatened, Vulnerable and Endangered Species, respectively, while there is one Critically Endangered Species. The national Red List (2005) sees there to be 6 Near Threatened and 9 Vulnerable species. Following this, the National TOPS listings, list there to be 3 Vulnerable and 4 Endangered Species.  Thus, all in all, there are 15 bird species of conservation concern, which span all these status categories. Two endemics occur here, the Near Threatened Melodious Lark Mirafra cheniana and the Cape Weaver, Ploceus capensis.

Other noteworthy birds are the three vulture species which occur here, the Cape Vulture, Gyps coprotheres, White-backed Vulture, Gyps africanus and Lappet-faced Vulture, Torgos tracheliotus. This is an unusually high number of vulture species, especially so for the occurrence of the Lappet-faced Vulture, which normally only occurs in undisturbed game reserves.  Other interesting species include the African finfoot, Podica senegalensis, the White-bellied Korhaan, Eupodotis senegalensis and the Kori Bustard, Ardeotis kori. Mention should also be made of one of South Africa’s most northerly populations of the Blue Crane, Anthropoides paradiseus – South Africa’s national bird. 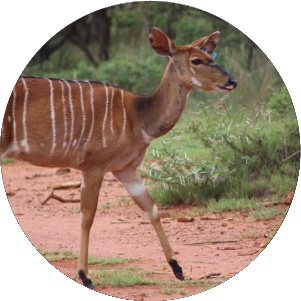 In terms of the mammal species, 73 species have been recorded, which is 48% of those in the province (n = 152), and 28% of those in the country (n = 260).  One species is listed as endangered under TOPS, and the National and Global Red Lists. Two species are Vulnerable according to the TOPS and National Red Listings. There are six species Protected according to the TOPS legislation, while 6 and 2 have been listed as Near Threatened, both Nationally and Globally respectively. There are 10 CITES-listed species, which are mostly protected species. Seven species are listed as Extinct, such as the African elephant, Loxodonta africana, black rhinoceros Diceros bicornis minor and the lion Panthera leo. The largest ungulate species is the Kudu Tragelaphus strepsiceros, while the largest carnivore species are the leopard and brown hyena. Of particular interest, a small dispersing group of wild dog Lycaon pictus did wander through the area in 2012, so technically could be listed, though they are not year-round residents.  Of aquatic mammals, the hippopotamus Hippopotamus amphibius has been reintroduced onto at least one property, while the African clawless otter Aonyx capensis does occur throughout.

The mammal diversity is high due to species turnover along with the transition between the Savannah bushveld and Highveld grasslands, where a combination of species can occur (Power, 2014). There is great potential in restoring the historical species richness, in particular with the large, high-profile large mammals. 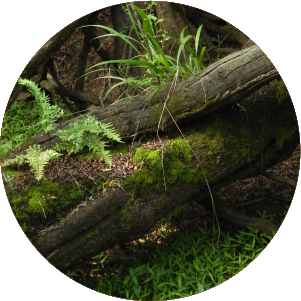 Sections of two biomes and five bioregions occur within the boundaries of the Marico BR.

Two vegetation types endemic to the North West Province fall partly within the Marico BR area, namely Dwarsberg-Swartruggens Mountain Bushveld and Zeerust Thornveld, of which Zeerust Thornveld is predicted to be Vulnerable by 2020 (READ, 2015).  Thus conservation actions in the Marico BR area will benefit these vegetation types and contribute to the provincial and national conservation objectives for the biomes.

The Marico BR also encompasses several terrestrial and aquatic Critical Biodiversity Areas (CBA’s) and Ecological Support Areas (ESA’s) as identified by the North West Bio-diversity Sector Plan 2015 (READ, 2015).  CBA’s are areas of the landscape that need to be maintained in a natural or near-natural state to ensure the continued existence of ecosystems and the delivery of ecosystem services whereas ESA’s are intended to ensure the ecological functioning and sustainability of the CBA’s. These areas have to be maintained in good ecological conditions to be able to contribute to bio-diversity conservation.